Do you wonder why people crave chicken noodle soup when they’re sick, how about fried chicken like mom served, and the cookies grandma made? It’s because those comfort foods remind people of happier days by evoking positive memories.

Comfort food makes us feel happy psychologically as opposed to physiologically. When we eat comfort food, we tap into good memories, conjuring up birthdays by eating chocolate cake or our mom’s Sunday dinners by making her lasagna. Because they’re linked to memories, comfort foods vary for each person. Since 51% of our military is from, or has lived in the south and an additional 30% has eaten BBQ.

This is why BBQ4Wounded Troops Overseas, Inc was started. We had the privilege to help unlock these memories and expectantly hasten the recovery of our wounded troops.

“I have seen firsthand the healing affect these Barbecues have on our Wounded Warriors”— ROBERT B BAILEY, Major General, USAF

How it works –
By allowing the food to rotate over the coals, from hot to cold zones, it not only keeps your food from
burning, it allows food to cook very evenly and retain more moisture; creating a very succulent; crispy on
the outside, moist on the inside, result.

The TurboGrill™ is a kit that you assemble and then attach to most Weber-style kettle grills which allow your food to spin while cooking. This not only keeps the food from burning but also creates an exceptionally juicy and flavorful final result.
Our parent company, American Grill Revolution, LLC will be adapting specific recipes and more into a magazine in the  future to get you rocking on your TurboGrill™ in style.

Make sure you get on our mailing list to stay informed of our launch. You’ll want to be the first on your block to tantalize your friends with food so amazing they will think you are a 5-star chef!
Place Your Order Today! There are Attractive discounts for early adopters.

WOW! What a great place to get the Turbogrill into.

Just because the kids have all gone back to school, doesn’t mean the adults have to stop their culinary education. There are a few grown-up cooking classes in the suburbs now, which appeal to both the professional pizza maker, as well as the recreational griller.

The lab work is hands-on. The professor, a stickler for details.

But the week-long class at the North American Pizza & Culinary Academy in Lisle isn’t your typical cooking class. It’s an accredited program from a well-regarded pizza school in Italy.

“I had so many people who were interested in doing that type of work, it was really obvious that we needed something – especially here in Chicago – where we could actually have professional pizza classes and training done,” said the school’s co-founder, Leo Spizzirri.

“Both in theory, where we’re actually talking about dough chemistry and dough processes, as well as the actual process of making pizzas, making the dough, we’re verifying that all of these things, they’ve absorbed them and that they’ve got competency,” he added.

“What we’re doing today with the students is I have all four types of mixer that you’d find in our industry and we’re gonna make the same dough formula on each of the four machines. And then tomorrow, we’ll bake those four doughs, so they can actually see the difference in the amount of stress put into the dough by the different machines, and they’ll understand the amount of friction that goes into that dough and how the characteristics of that dough change,” Spizzirri said.

Pizza making is so much more than following a recipe, adding some sauce and cheese and baking in an oven. The school is for serious wannabe pizzaiolos who want to start their own businesses. Spizzirri is the perfect teacher, since he’s made thousands of pizzas in pretty much every type of oven.

From the ovens to the grills, the Weber Grill restaurant in Schaumburg now has a Grill Academy, offering several classes each week for the amateur griller.

“The three-season room we have here up until December 1. We’ll be doing some other classes, combination with other demonstrations inside and we do classes three to four times a week,” said Weber Grill Academy Instructor Klaus Lotter.

Classes are limited to 20 students, and each includes a three-course meal. A beginner class tackles skirt steak.

They even use woks set over grills, to cook strawberries, while butter-slathered pound cakes get grilled off over gas. The results are impressive, and easy, assuming people have the proper equipment at home. Lotter said you don’t need to have a particular type of grill to learn from the classes.

“We do smoking classes, we do also combination cooking on our gas grills and charcoal grills,” he said.

Now Weber offers about 15 different types of classes for their Grilling Academy, and they could be out here, depending on the weather, until December.

Stuff that Cheeseburger next time. Your GF, Friends, and Boss will love it…you have to check this BBQ Pit Boys Burger recipe out. Please Like, Subscribe, Fav and Share us. Thanks for stopping by the Pit and for your continued support..

Stuff that Cheeseburger next time. Your GF, Friends, and Boss will love it…you have to check this BBQ Pit Boys Burger recipe out. Please Like, Subscribe, Fav and Share us. Thanks for stopping by the Pit and for your continued support..! –BBQ Pit Boys Are you looking for barbecue and grilling recipes to serve up at your Pit, family picnic, or tailgating party? Then put your Barbecue Shoes on because we’re serving up some delicious, moist and tender, and real easy to do cooking on the ol’ BBQ grill.

To print out this recipe, or to get your BBQ Pit Boys Pitmasters Certificate, our custom BBQ Pit Boys Old Hickory knife, gifts and more CLICK HERE https://bbqpitboys.com/barbecue-store….

To purchase our official T-Shirts, Mugs, Aprons, Scarfs, Hoodies, and more shipped to you anywhere in the world CLICK HERE https://bbqpitboys.com/barbecue-store…

THE first braai happened, so the theory goes when meat was accidentally dropped on to a fire by early hominids.

One can imagine the intoxicating smell taking hold in the nostrils of the gathered group who would soon realise the delicious taste of grilled meat.

We’ve evolved since then, with braais now involving all sorts of tools and rituals and rules.

In the last few years South Africans have taken to celebrating our great braaing legacy on Heritage Day, September 24, because it usually falls within the first few days of warmer weather and also because, you know, braaing!

If it’s your first time hitting the grill, or even if you’re a seasoned pro, here are a few tricks and tips that may help to make you the braai master to rule them all. 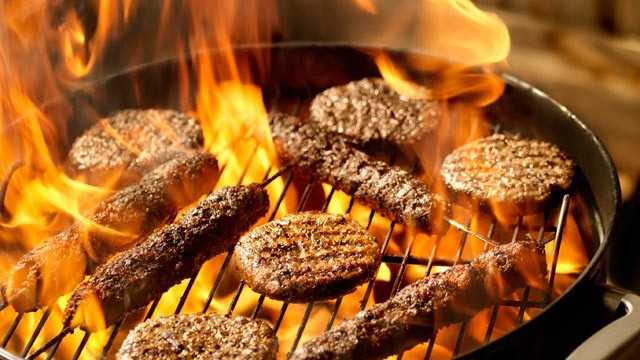 Yes, after all, is Eid-ul-Azha even complete without a BBQ party?

A sparkling BBQ grill makes grilling more interesting since no one would want to grill deliciously marinated meat on a rusty grill that has left over burnt food. To make your barbecue preparations easier, here’s how to clean BBQ grill to avoid any displeasure and to get the best cooked BBQ

It is as easy as it sounds. In fact, this is one of the methods mostly taught in culinary arts schools. For a Limited Time

Every Tester receives a 60 page eBook. "The Influence of Wood on Cooking"

As an Alpha tester and upon completing the test, you will receive major improvements free of charge and 50% off MSRP on all add-on's for LIFE.